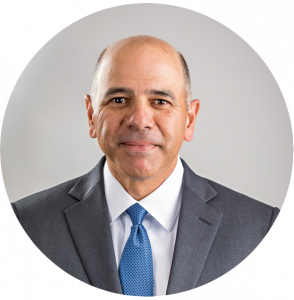 Dean Fadel serves as president. He was named to the position in 2016, and was formerly vice president of government relations beginning in 1988. He has led the development and successful implementation of legislative, regulatory, and public relations strategies affecting state public policy matters, negotiated numerous pieces of legislation and amendments, developed and oversaw the organization’s political action committee, organized and implemented statewide grassroots initiatives, and more. Prior to joining OII, Fadel held legislative and public affairs positions at the Ohio Dental Association and Ohio Department of Insurance.

Fadel resides in Blacklick with his wife, Jacquie and daughter, Rachel.

Michael Farley serves as vice president of government affairs and general counsel. Appointed in 2016, Farley leads the association’s legislative and regulatory affairs initiatives. He represents the industry before the executive, legislative, and judicial branches on public policy and regulatory matters, manages and coordinates activities of the association’s legislative committee, surety committee, and legal subcommittee, coordinates the amicus practice, and serves as in-house legal counsel.

Prior to joining OII, Farley was judicial and legislative affairs counsel at the Supreme Court of Ohio. He also served as assistant director for legislative affairs at the Ohio Department of Insurance and held legislative/public affairs positions with the American Red Cross-Ohio, Office of Governor Bob Taft, and for former State Representative David R. Evans, among others.

Farley holds two law degrees from Capital University Law School; an LLM in Business Law and a Juris Doctor. He also received a Master of Public Administration from Ohio University and an undergraduate degree from the University of Akron. Farley is admitted to practice law in Ohio and the District of Columbia. He is a member of the board of trustees for Ohio Center for Law Related Education (where he serves as Treasurer and Chair of the Finance Committee), a member of the board of trustees for the Ohio Alliance of Boys and Girls Club. Farley has served as the Vice Chair of the Ohio State Bar Association Insurance Law Committee and currently serves as Vice Chair of the Corporation Law Committee of the Ohio State Bar Association.

Farley serves as an adjunct professor of law at Capital University Law School where he has taught “Insurance Law,” “Corporate Governance,” “Nonprofit Law” and “Business and Finance Concepts for Lawyers.”

Farley resides in Worthington with his wife, Erin, and his son, Liam, and daughter, Nora. 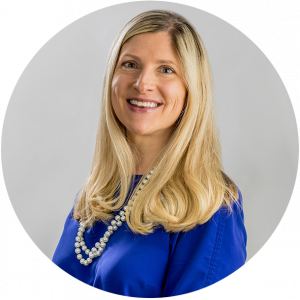 Peltier’s work includes partnering with educators to strengthen public understanding of and confidence in Ohio’s property and casualty insurance industry and assisting in creating a talent pool of potential employees. Her work has led to OII being named the first U.S. recipient of the Fundación MAPFRE International Insurance Award for www.insurancecareers.org.

Prior to joining OII, Peltier was an aide in the Ohio Senate and worked in commercial real estate. She is a board member for Kent State University Insurance Studies Advisory Board, Ohio Dominican University Insurance & Risk Management Board of Advisors, Franklin University Risk Management & Insurance Advisory Board, and serves as President of the managing board of directors for the Ohio Business Week Foundation. She was named to the 2019 class of insurance emerging leaders by the American Property Casualty Insurance Association (APCIA), A.M. Best and the Insurance Careers Movement. Peltier received a Bachelor of Science degree in mass communication from Miami University. 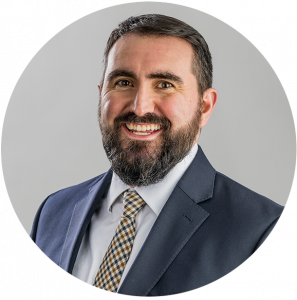 Kevin Curtis serves as director of operations. He was named to this position in January of 2020 and brings extensive experience in campaign management, issue advocacy and nonprofit leadership. Prior to joining OII Curtis spent four years at Stand Together, as a talent acquisition business partner, Ohio state director of Generation Opportunity, and Ohio deputy state director of Americans for Prosperity. Before that, Curtis served as the regional liaison administrator in Ohio Secretary of State Jon Husted’s office.

Curtis attended the University of Kentucky and received his bachelor’s degree from Bowling Green State University.  He is a native of Dublin, Ohio, and currently resides in Hilliard with his wife, Lora, and children, Emmett and Sutton. 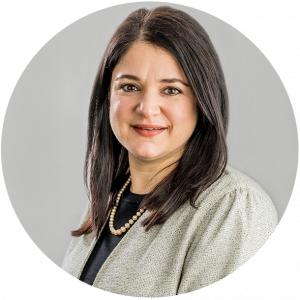 Berger earned a bachelor’s degree in journalism from The Ohio State University. She is a native of Sylvania, Ohio and currently resides in Grove City with her husband, Brad. 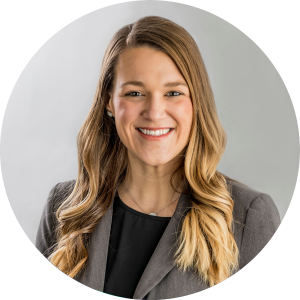 Amanda Schroeder started with OII as business project coordinator in March 2018. Schroeder now serves as manager of member services. She strives to provide our members with an exceptional experience, maintains our membership database, and also plans OII events.

She has previously worked as a coordinator for marketing and philanthropy at Girl Scouts of Ohio’s Heartland and and an admin at the Hilton Columbus at Easton. She holds a bachelor’s degree in interpersonal communication with minors in organizational communication, public communication, and management from Kent State University.

Noah Johnson serves as manager of strategic public affairs. He was named to the position in September 2021. Prior to joining OII, Johnson served as senior legislative aide in the Ohio Senate to Senator George Lang.

Johnson is an experienced campaign manager, having successfully run multiple state legislative campaigns in both primary and general elections. He has worked for both the Ohio House Republican Organizational Committee (OHROC) and the Republican Senate Campaign Committee (RSCC).

Connie Frey serves as program assistant for the Insuring Ohio Futures Subcommittee. She was named to the position in March 2021. Prior to joining OII, Frey retired from Westfield Insurance after a 36-year career. Throughout her career, Frey actively contributed to the industry as a member of the OII’s Education and Workforce Development Committee and the Invest Board of Directors. Frey was a representative on Ohio’s Insurance Industry Resource Council (IIRC) Executive Committee, where she took part in the Insuring Ohio Futures initiative. She also served on Risk Management and Insurance Advisory Boards at Bowling Green State University and Kent State University.